Decision making can be difficult.   When I decided to put together an account of some of the things that I was involved in, during a number of years working around New Britain and its islands in the 1950s I struck a problem.   I had quite a number of photographs of varying qualities to use as memory joggers, and the events and people that these brought to mind, have supplied me with enough material for a number of books! Such books would be very interesting to me but probably intensely boring to anyone else.

Therefore I have tried to give a sampling of the many aspects of the different projects and ventures that I was engaged in over the years, which will I hope be of interest to those who read the finished product. I make no apology for the poor quality of some of the photographs - but rather an explanation.   My camera would sometimes have a partly exposed film in it for quite a few months, and due to the high humidity either in the ship at sea, or in my quarters on land, the exposed frames sometimes suffered badly.   When the film would finally be finished and then processed in Rabaul when I was in there next, the results were sometimes very disappointing.   However I feel it is better to use some of these poor pictures of certain subjects in this book, than have none at all.

[Some of Behren's short stories in South Pacific Cross Currents are based on the experiences at Matala Plantation written about in these various chapters. 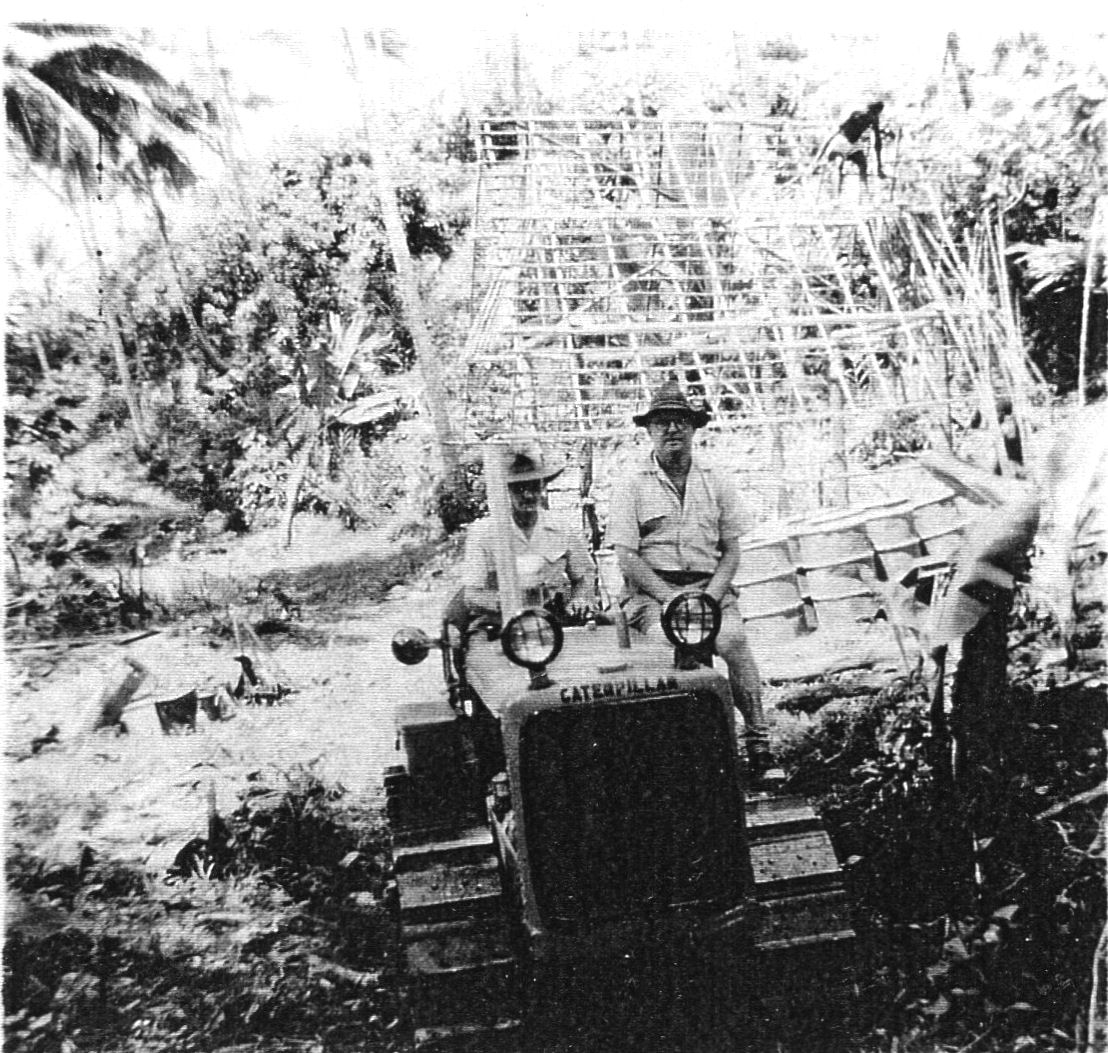 David and Stan McCosker (with foot on track) as the Caterpillar was being driven by David, away from the landing place, where the barge is just out of sight to the left of picture. The unfinished bush-material tractor house, can be seen at the rear with men working on it.   It is just about ready to have its Kunai-grass thatching put in place.