Only  the  Alcoholic's  Spouse 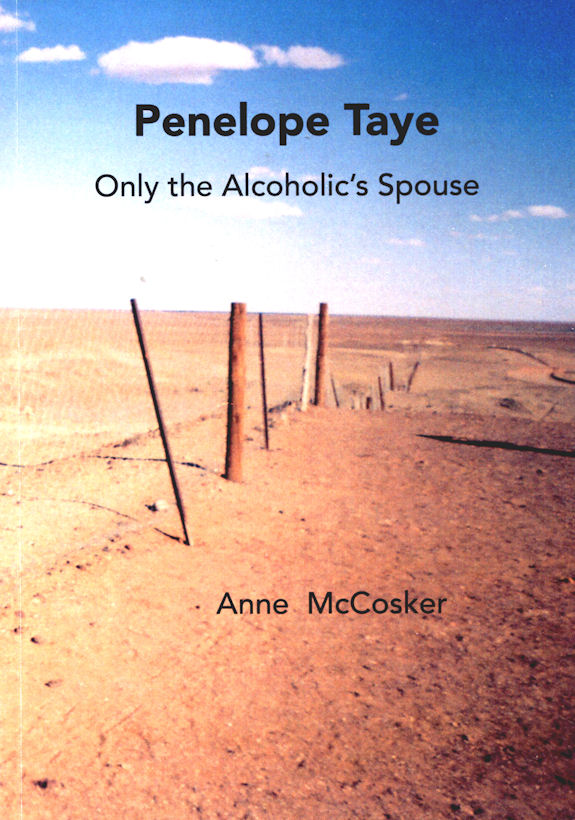 You see  ‘alcohol’  in Latin is  spiritus,  and you use the same word for the highest religious experience as well as for the most depraving poison.  The helpful formula therefore is:  spiritus  contra  spiritum. 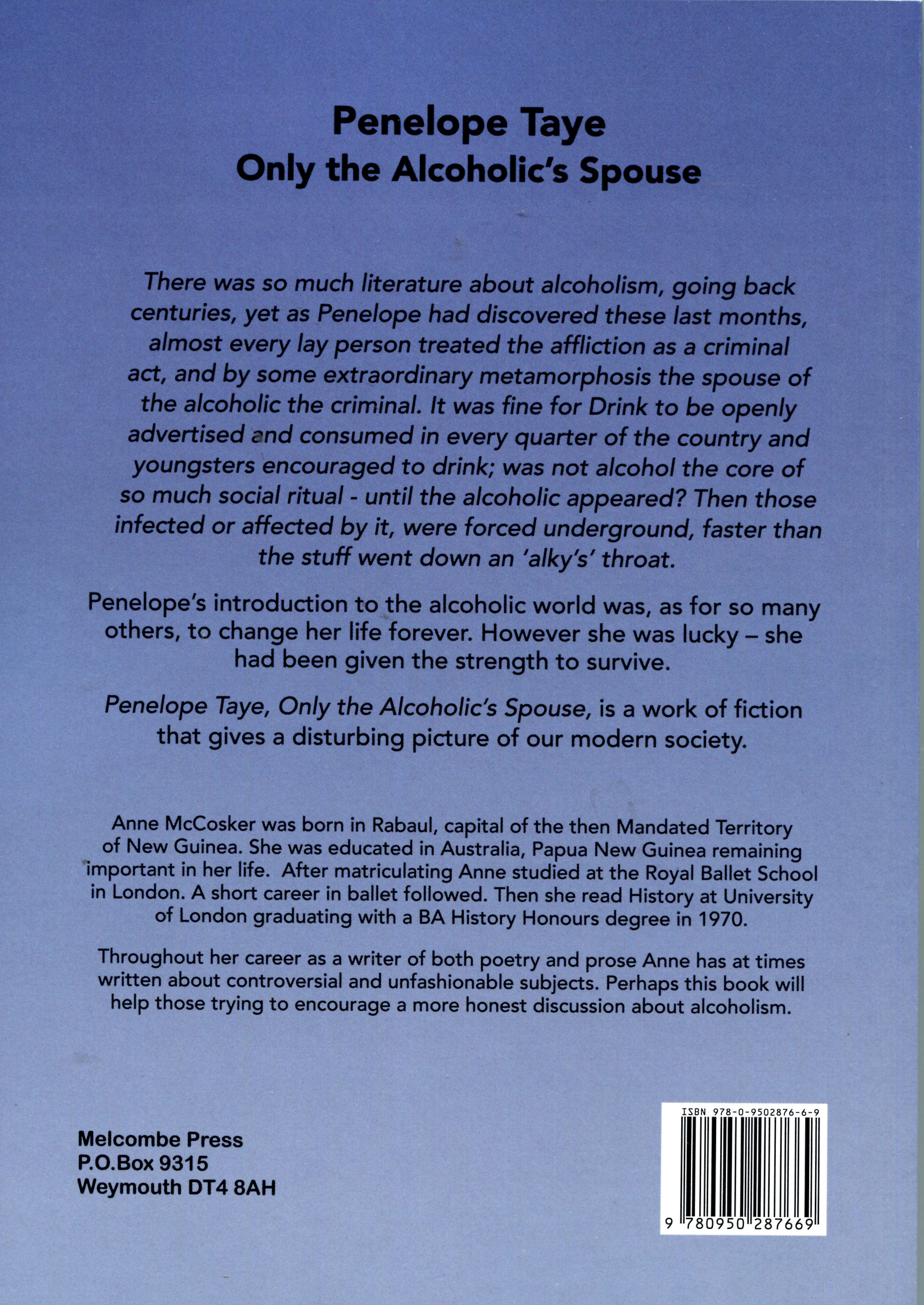 Penelope  Taye
Only the Alcoholic’s Spouse

There was so much literature about alcoholism, going back centuries, yet as Penelope had discovered
these last months, almost every lay person treated the affliction as a criminal act, and by some
extraordinary metamorphosis the spouse of the alcoholic the criminal. It was fine for Drink to be openly
advertised and consumed in every quarter of the country and youngster encouraged to drink; was not
alcohol the core of so much social ritual - until the alcoholic appeared? Then those infected or affected
by it, were forced underground, faster than the stuff went down an ‘alky's’ throat.

Penelope’s introduction to the alcoholic world was, as for so many others, to change her life forever.
However she was lucky – she had been given the strength to survive.

Penelope Taye, Only the Alcoholic’s Spouse
is a work of fiction that gives a disturbing picture of our modern society.

Anne McCosker was born in Rabaul, capital of the then Mandated Territory of New Guinea. She was
educated in Australia, Papua New Guinea remaining important in her life.  After matriculating Anne
studied at the Royal Ballet School in London. A short career in ballet followed. Then she read History
at University of London graduating with a BA History Honours degree in 1970.

Throughout her career as a writer of both poetry and prose Anne has at times written about controversial
and unfashionable subjects. Perhaps this book will help those trying to encourage a more honest
discussion about alcoholism.